Places on the island

Krk is one of our largest islands in the northern Adriatic and is connected to the mainland by a bridge. The island of Krk is rich in tradition, diverse history and beautiful nature.

is located on “Vela Stena”, 85 meters above sea level, extends over the almost three kilometer long sea channel “Omišaljski Zaljev”. This is the first place behind the Krk Bridge. Rijeka Airport is in the immediate vicinity.

a place in the north-western part of the island, 10 km south of the Krk bridge, is located in the wind-protected Beli Kamik bay. Once a small fishing village, today one of the most attractive tourist spots on the island.

is located in a wide bay, in the north-western part of the island, 15 km south of the Krk bridge. It is the central place of the Dubašnica area, which got its name from the lush oak forests. Porat - Vantačići (3 km from Malinska) with the Franciscan monastery of the Third Order and the Church of Mary Magdalene from 1500.

in the southwest of the island, 37 km from the Krk bridge. Located on a 48 meter high cliff above the sea. The center of wine-growing and the production of authentic “Vrbnička žlahtina” grapes. RISIKA - a place located 6 km northwest of Vrbnik, with a sandy beach in Marko Bay.

capital and port on the west coast of the island, 25 km from the Krk Bridge. Once a Roman municipality and seat of the Frankopan princely family. Historical, administrative, political, economic and religious center of the island: GLAVOTOK - cape opposite the island of Cres, 17 km northwest of the town of Krk. The holm oak forest (1 ha) is a protected reserve of forest vegetation. Next to the church "Bezgriješno Začeće" (Immaculate Conception) from 1277 was in the XV. The Franciscan monastery of the Third Order was built in the 19th century. PINEZIĆI - a small place, 12 km northwest of the town of Krk. Has developed from a former fishing village into a tourist resort. KORNIĆ - a place 7 km away from the town of Krk, with interesting village architecture typical of the coast, Jacob- parish church of St. Jacob from the XIX century. Century.

is located in the very south-west of the island, 43 km from the Krk bridge. This place with interesting coastal architecture extends over a 2 km long pebble beach, which is one of the most beautiful beaches in the world. DRAGA BAŠĆANSKA, BATOMALJ, JURANDVOR - known for the most important Croatian monument in Glagolitic script, the "Bašćanska Ploča" plaque (approx. 1100), which is in the early Romanesque church of St. Lucija in Jurandvor.

in the northeast of the island, 21 km from the Krk bridge. The only larger island town that is not located directly on the sea. It is mentioned for the first time in the deed of donation in Glagolitic script of the famous Dragoslav, dated June 1st, 1100. ŠILO, SOLINE, KLIMNO and ČIŽIĆI are located in the large Soline bay, which is known for its early Romanesque salt works and theirs Mud with healing properties for bone diseases. 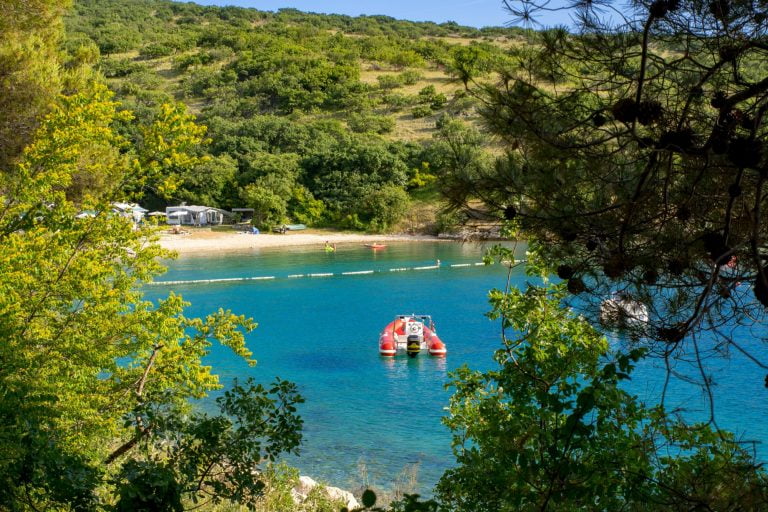 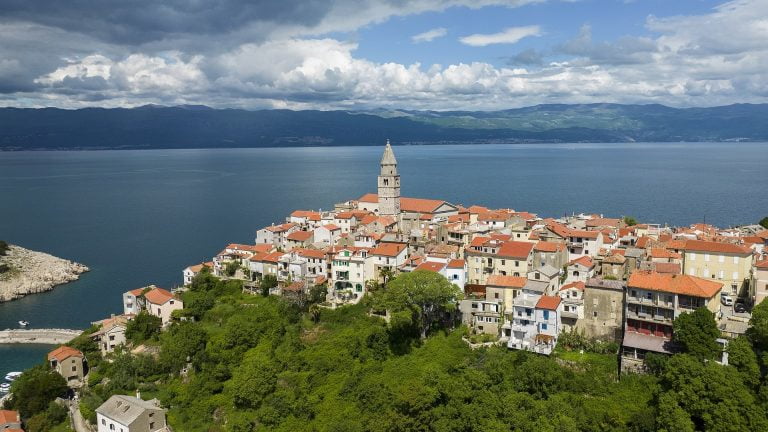 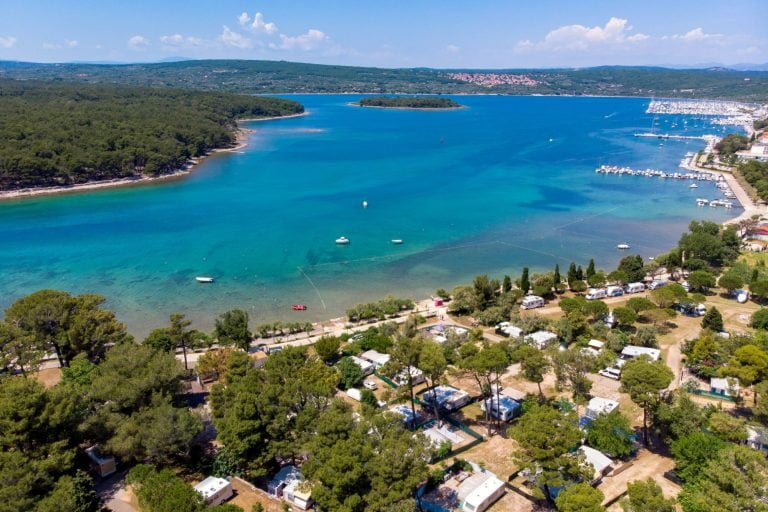